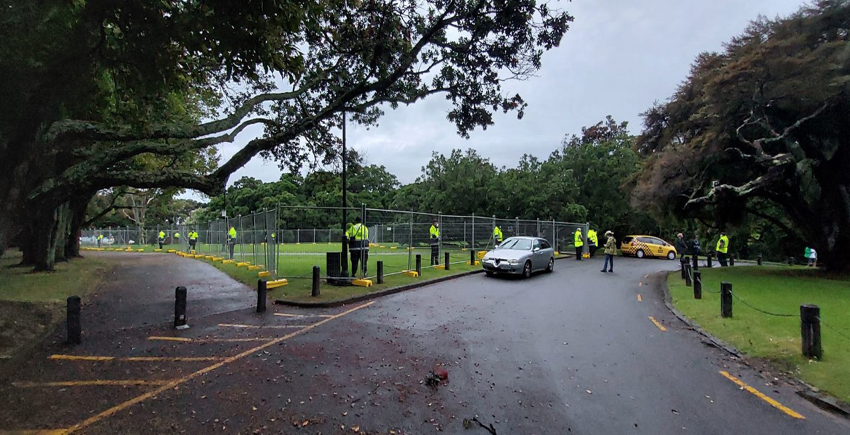 PÄ protest in the rain

Security responded early this morning and cordoned off part of Sir Dove Meyer Robinson Park in Parnell in preparation for the start of work on the controversial Erebus Memorial.

The site was occupied by a group led by Rangimarie Dame Naida Glavish, who says it is the site of the ancestor pÄ Mataharehare and subjected to a rÄhui.

NgÄti WhÄtua ÅŒrÄkei, who is recognized by the Ministry of Culture and Heritage as having mana whenua in the area, says the site is in fact Taurarua, and that he supports the construction of the memorial to those killed in the Air New Zealand flight to Antarctica. 42 years ago.

â€œWhile they are sitting in their comfortable home in Wellington it is pouring rain here and these security guards are standing in the rain. Well, so are we. It’s a shocking site and it’s a non-notifiable project so they can sneak in here at 3am and put up their fence, â€she said.

Dame Naida says the fence was put up while protesters are still awaiting a report from the ombudsman on the process of siting and obtaining consents.