Lee Seung-woong didn’t get off to an auspicious start when he arrived in Shanghai from South Korea in 2005 and worked at an Italian restaurant.

The restaurant went bankrupt and Lee, then 27, was forced to become a street vendor selling Korean snacks late at night. He was paid 6,000 yuan ($883) a day for three days before his stall was closed for violating local regulations.

He then planned to open a take-out Italian restaurant, but his pizza machine was stolen just before opening day. He had to buy a new one.

“How could anyone steal it?” Lee told the Shanghai Daily. “It was huge and very heavy.”

Lee now operates a seafood barbecue restaurant called Tongyeong Auntie, and he manages to laugh about all his early misfortunes.

“I had so many failures over the years, but I never thought about leaving Shanghai,” he said. “I can’t explain why. It never occurred to me.” 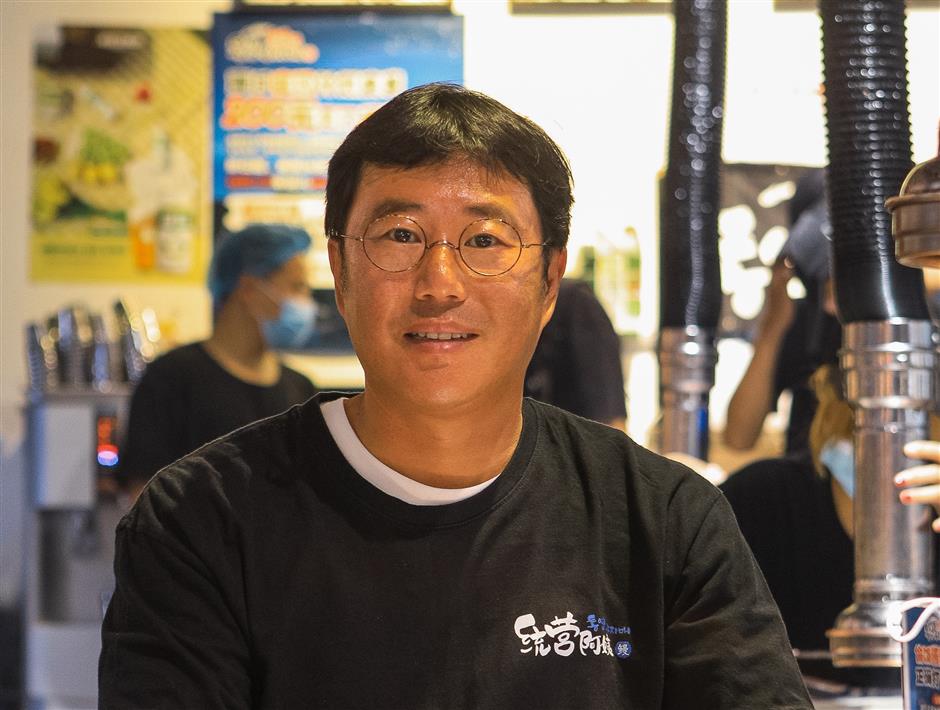 When the first Italian restaurant closed, Lee thought returning to South Korea would ruin an overseas work experience. And the experience was so short there wasn’t much to put on a resume for a better job.

He still sees Shanghai as a “place full of opportunity and potential”, although subsequent events were to demonstrate how fragile the wave of Korean cultural popularity can sometimes be.

Lee is one of many Koreans who have found a welcoming second home in Shanghai and are riding the wave of popularity for all things Korean.

According to South Korea’s Consulate General in Shanghai, there were 32,000 South Koreans in the city – including around 7,000 students – as of December 2018. 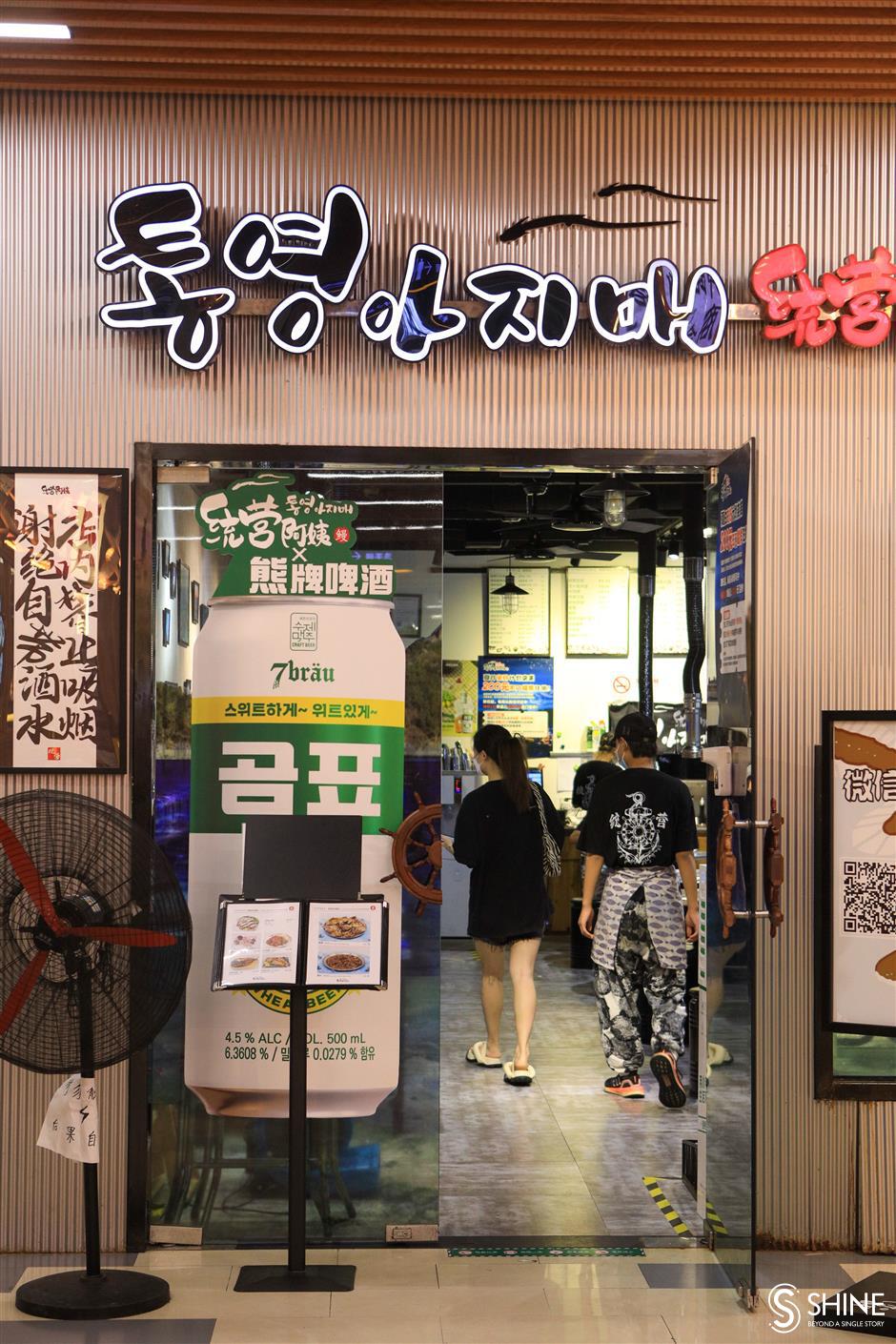 Nearly half of them live in Hongqiao City, Minhang District, specifically Longbai, an area known as Shanghai’s Koreatown.

Lee’s first Tongyeong Auntie outlet, which opened seven years ago, is on Hongquan Road – also known as Korea Street – in the heart of Koreatown, a neighborhood where he lived shortly after arriving in the city. .

But Lee said he had never heard of the phrase “Koreatown” until about two years ago when it suddenly appeared on tourist blogs. 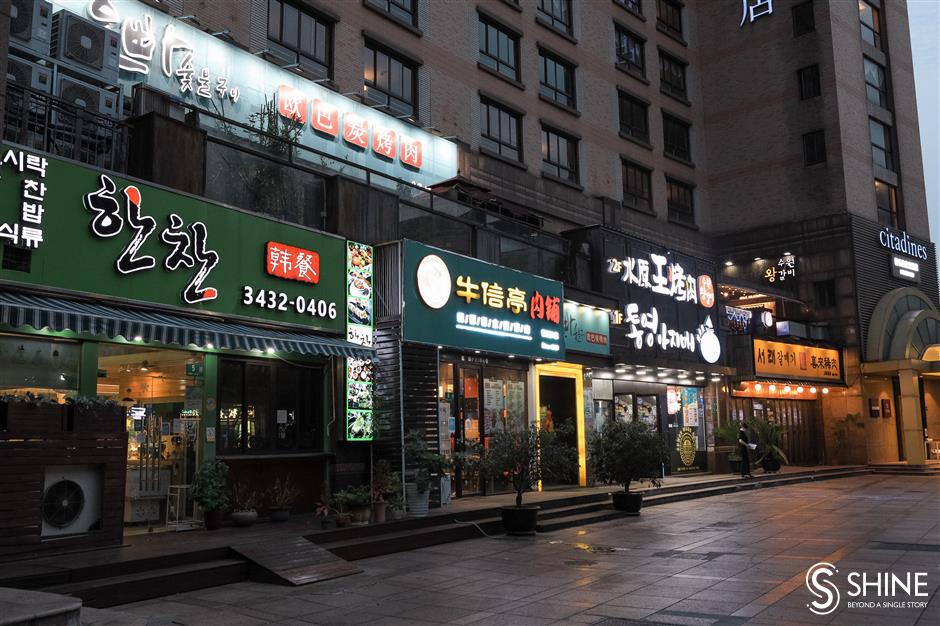 Hongquan Road has a number of authentic South Korean restaurants.

When COVID-19 sharply curtailed overseas travel, including to popular destinations like South Korea, young Chinese may have satisfied their quest for the exotic by visiting Koreatown, an area famous for culture. , authentic South Korean cuisine, street markets and groceries.

The region has become a magnet for Korean expatriates since the early years of China’s economic reform, starting in 1978.

Hongqiao Economic Development Zone was established in 1983. It was one of the first 14 national development zones in China.

The area is close to Hongqiao Airport, the city’s only airport for years before Pudong Airport was completed in 1999. Foreign businesses, especially Japanese and Koreans, flocked to Hongqiao and many Koreans settled in Longbai.

Koreatown’s moniker can be found in Minhang District directories as early as 2007, but the area’s iconic nature didn’t enter mainstream consciousness until 2013. Now, Korean Street can be searched on mapping apps when looking for Hongquan Road. The Seoul Night Fair at Jingting Tiandi on Hongquan Road brings together many Korean-style restaurants, bars and shops.

Lee, who has tried his hand at various restaurants there, has experienced the ups and downs of the area.

“Before 2010, restaurant customers in this area were mostly Korean or Chinese-Korean,” he recalls.

Then the “Korean wave” swept through Shanghai, especially in 2013 with the Korean television series “My Love from the Star”.

“Many Chinese then heard about this area and flocked,” Lee said. “The influx was very sudden and very obvious.”

South Korean pop culture’s so-called “K-wave” has become a global phenomenon, amplified by movies like “Squid Game.” The drama became Netflix’s most popular show four weeks after its release in 2021.

The wave was largely generated by social networks. Platforms like Weibo show selfies of people holding shot glasses of Korean soju at restaurants in Koreatown.

Lee said the wave swept through Shanghai long before it caught global attention.

“Now almost 90% of our customers are Chinese,” Lee said. “Many of them have traveled to South Korea, some more than once, so they know the authentic taste.” 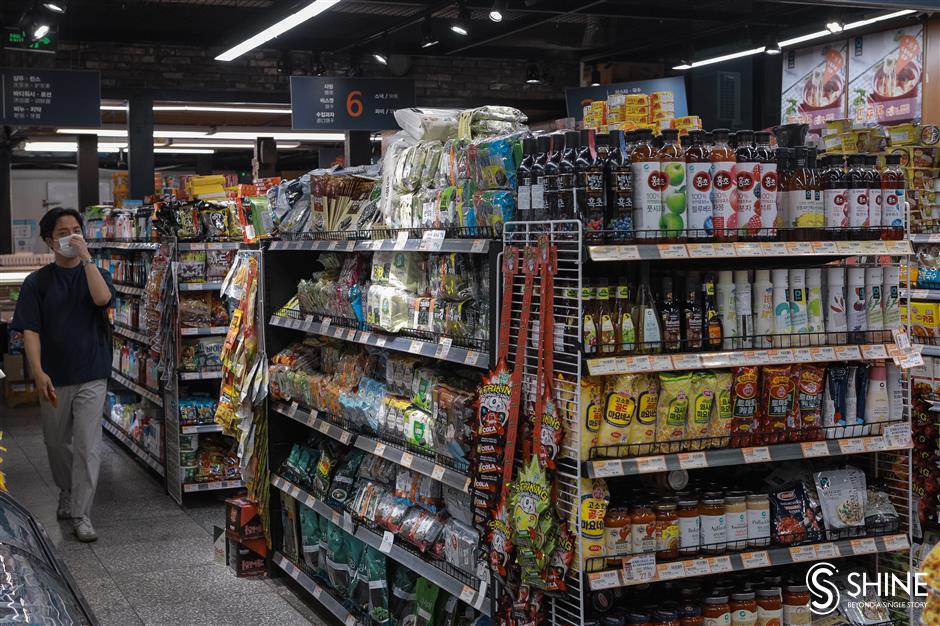 But culture can sometimes be subordinated to politics.

“People didn’t want to come here after seeing the news,” Lee recalled. “I’m just a normal guy, not very interested in politics or geopolitics, but I follow events closely now because I see how they can affect my business.”

Bilateral tensions have eased considerably in recent years, and Chinese customers are back in Koreatown. Lee said he hoped cordial relations between the two countries would continue.

(To get to Koreatown from downtown Shanghai, take the No. 10 subway line and get off at Longbai Xincun Station.)