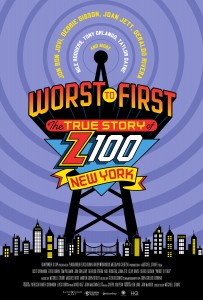 Released last week via VOD streaming and on-demand cable by Gunpowder & Sky, the new documentary, Worst to First: The True Story of the Z100 New Yorktells the story of the legendary New York pop radio station’s meteoric rise from the bottom of the charts to number one in a very crowded market.

The doc “depicts the ultimate David and Goliath story that laid the foundation for the greatest radio station in the world and the people behind the legacy that endures and continues to grow, reaching eight-figure audiences every day and continuing to influence the face of media and entertainment.”, but also, ultimately, is about the power of fandom and connecting with people.

It’s a fascinating story, covering a unique moment in history, starting in 1983, just when pop music was about to explode again.

When we spoke via Zoom with director Mitchell Stuart last week, we started by asking him how his connection with Z100 began, which is an equally fascinating story.

Given that Stuart is a self-proclaimed punk rocker, dressed in a Clash t-shirt and leather jacket, working with a station famous for helping break up Madonna, Bon Jovi and Taylor Dayne initially caused a bit of dissonance. cognitive.

“Somewhere in 2003, Don MacLeod, a dear friend who had been following our activities for a number of years, said, ‘I think you’re ready,'” Stuart says. “‘I want to hook you up with the Z people,’ so he introduced me to Tom Poleman and Sharon Dastur and they invited me to do something backstage at Jingle Ball.”

Z100’s Jingle Ball is an annual concert held at Madison Square Garden, featuring some of the biggest names in pop music.

For the record, the 2003 show was hosted by Jennifer Lopez and is best known for having headliner of pop-punk band Simple Plan ahead of Beyonce and Jay-Z. The 2021 show featured Ed Sheeran and the Jonas Brothers.

“To go backstage at a pop concert, I would go in my best cynical armor,” Stuart recalled, but then found his views would quickly change.

“I discovered that these people – everyone who worked at Z100 – were such musicians. They loved music as much as anyone would love music and it was genuine. It was real.

Plus, the experience of 19,000 fans screaming for every act that came out at Madison Square Garden can also change a lot of people’s minds. From there, Stuart began working with the station to produce commercials and help take the station from where it was again at the bottom of the ratings, all the way to the top.

During his time working for Z100, Stuart learned something about the station’s history and discovered that his time there mirrored the start 20 years prior. Since Z100 was a New York institution, he was familiar with the station, but knew little about its particulars.

“They did commercials and billboards, but it wasn’t the music for me,” Stuart explains. “I never paid attention to them because it wasn’t playing the Clash. It wasn’t ska. He wasn’t playing stuff I was listening to.

Also, when Stuart worked with Z100 and then IHeartRadio as an agency and production company, it didn’t come back. It was always moving forward. Only after getting the call to work on From worst to first that Stuart discovered legendary DJ Scott Shannon started Z100, or that he started in 1983. What’s fun about the documentary is that the viewer takes the same journey as Stuart, learning how this now juggernaut of one station had its humble beginnings in “New Jersey Exchanges.” 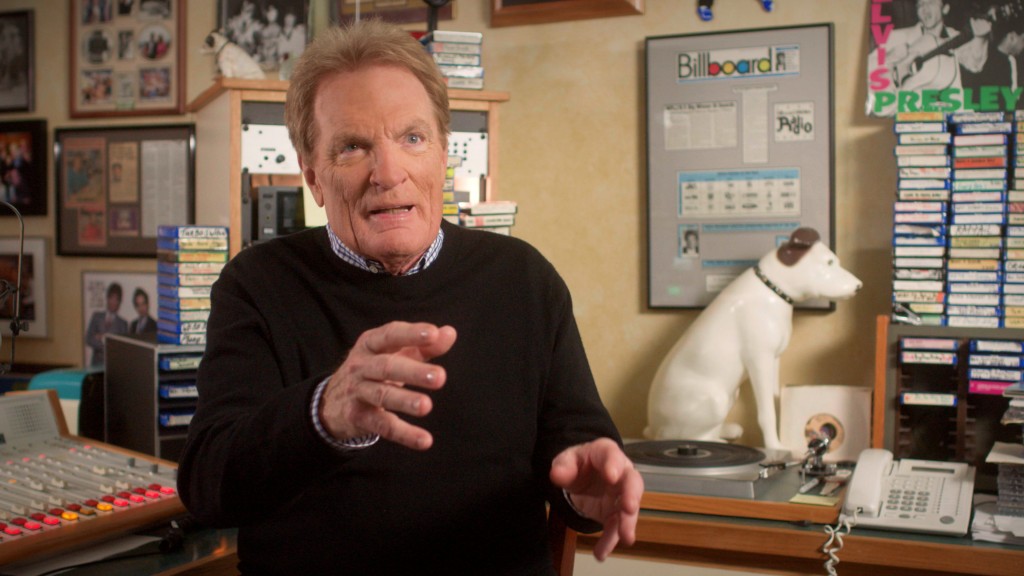 “I met Scott and he felt he could trust me,” Stuart recalled of the start of the project. “I said, ‘The only rule about this is that I’m going to tell the truth. I don’t know where we are going now. In fact, I don’t even know the story we’re going to tell. I will find out along the way. I didn’t know anything.

Stuart explains that as a documentary filmmaker, that joy of discovery is something you want to have in film, because it allows the director to portray the audience as something like an on-screen avatar, doing the same travel than them. Along the way, the viewer hears DJ Shannon, but also a who’s who from music history like Jon Bon Jovi, Nile Rodgers, Clive Davis, Debbie Gibson, Joan Jett, Taylor Dayne and Tony Orlando, as well as a myriad of people who worked at the station.

It’s the Jon Bon Jovi interview that kicks off the film that really sets the tone, thanks to the fact that you get to watch this musician who’s seen a million faces and rocked them all since he was just a kid. a beginner child.

“When you heard Jon answer those questions, it was very sweet,” says Stuart. “It was very authentic because we’re talking about what he loves and it wasn’t Jon Bon Jovi, the rockstar. It was John Bongiovi, the kid from Jersey, trying to do it: ‘Now I I made it and I’m talking about Scott Shannon here, because he got me out of here too.”

Worst to First: The True Story of the Z100 New York is now available on VOD and cable on demand.